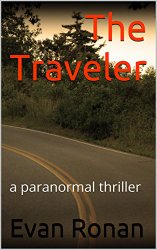 Disclaimer: This book was sent to me by the author, Evan Ronan, for an honest review.

Plot: This is the fifth book in the paranormal thriller series The Unearthed by Evan Ronan.

Eddie McCloskey is a survivor.

But the scars from his last big case run deep, slowly driving him mad.

Detective Sumiko Christie has her work cut out for her. Before the two victims died, they both reported seeing a ghost. And it gets stranger.

Both victims died from fear.

Christie is no expert in the paranormal. Eddie isn’t ready for a case this dangerous.

But they have no choice. The ghost they’re trying to find is the rarest of the rare.

And it will kill more people if Eddie and Christie don’t stop it.

Opinion: I am still not understanding why this series does not have a huge following by now, and why there is only about ten reviews on it. This series, is AMAZING. This is obviously the fifth review I have written for this series, so if you are one of those readers that STILL has not purchased The Unearthed (the first book in the series) you are truly missing out…and I think we need to rethink your judgment in what a good book is 😉

After the terrible events from Eddies last case in Oregon, he is still trying to pick up the pieces and get his life back to normal. But a call from a Detective Christie throws Eddie right back into the danger that comes with paranormal investigating. Detective Christie explains that they have two separate deaths that have occurred, and that both victims claimed to have seen a ghost before they died. Not only was that strange, but their autopsy reports conclude that they both suffered from elevated heart rates (heart attacks)…with the cause being fear. As Eddie joins Detective Christie on the case, more deaths start to occur and they soon realize that the ghost they are dealing with is a traveler.

First, let’s talk about the writing style of Evan Ronan. As you all know, I obsess over there being obnoxious amounts of detail in books. The Unearthed series might be my one exception, and this is why: Evan Ronan has a unique style of writing where he gives you just the right amount of detail in such a small amount of words. His writing style appears effortless and easy going, thought out but not overthought, and imaginative but oddly realistic. You know you have found a good author (or in my case, a good author has found you) when their books are completely fictional but the writing makes it eerily too real. Also, I have to again point out how awesome it is when an author ties themselves into their own series. Perfect.

The Traveler has become one of my favorites from this series (The Unearthed is still my favorite) because of a great storyline and new characters. There is a lot of names that the reader has to remember in this series, and I will admit that detectives always referring to characters by their last name gets confusing. Detective Sumiko Christie is the definition of a focused and disciplined cop, but she has no problem wrapping her head around crazy ideas and the paranormal. I grew very fond of this character and was glad to find how open minded she was. Stan, Eddie’s best friend, makes a reappearance in this installment and ends up helping Sumiko and Eddie on the case. I wish I could have gotten a little more from his character in this book though, I still feel like I don’t know Stand and Moira very well…but hopefully that will change as the series continues. Eddie has grown into an AMAZING character over this series, and has really shown that he is dedicated and loyal. Also he FINALLY catches a break with a lady, oh how I have been WONDERING when this would happen to the poor guy!

I was putting off reading this book because now I must wait until the author completes book six, The Dream Machine. Thankfully Evan Ronan has just sent me his new, and first, YA/Fantasy/Adventure story called Otherworld. So I think that will tie me over 🙂 . So if you haven’t tried this series out or are hesitant to…JUST GET IT! It is a truly addicting and suspenseful series, and I am so glad that it has gotten me into reading paranormal books.

8 thoughts on “THE TRAVELER by Evan Ronan” 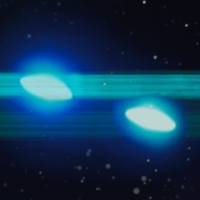